Indonesia is rich in bio-diversities spread out throughout the archipelago either on land or in the deep sea. Its flora and fauna are basically divided into two regions by a deep trench called Wallace Line stretching from Lombok Strait at the south up to north along Makassar Strait and ends up at the trench located west of Sangihe-Talaud islands. 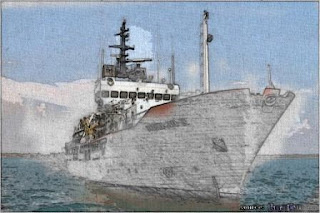 However, there are still many species which are still unknown especially in incognito areas in the middle of the jungle and in the deep sea. Several expeditions had been carried out in several rainforest and offshore areas either by government institutions or universities to explore the bio-diversity, similar to what Wallace did, but leaving the deep sea trenches untouched.

To further explore the “terra” incognito, Indonesia (BPPT) has recently cooperated in form of a joint expedition with the United States (NOAA) in Sangihe-Talaud offshore, tagged as Index Satal 2010, held in June-August 2010. The mission is to reveal parts of the deep underwater mystery, identify new creatures, map the seabed topography and initial indication of mineral formation. 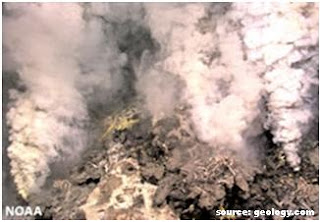 The effect of hot deep sea water on the eco-system sustainability was explored as they produce nutrients necessary for the creature living in such hot deep water. New species of deep marine creatures were discovered, some of which are very unique mega-mouth shark and sort of shrimp species, the latter living comfortably in the boiling sea of 400 oC caused by active volcanoes. In addition to those marine biotas, around the mountain tops, the experts found rich gold nodules, economically untapped because of the depth of the seabed where they are discovered. 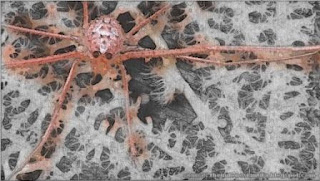 As only 5 percent of sea waters in Indonesia have been explored, the plan to map the underwater mountain range and trenches down to 9 kilometers below the sea level is set up. The study of newly found creatures is important to solve the mystery of certain phenomenon such as why a sea creature can bear the extremely high pressure and temperature and how its extracts can be benefitted for human immunity to certain kinds of diseases.
Posted by r.sudibjo at 2:17 AM