Amid the economic recession experienced by developed countries which slow down their economic growth hampering the global trades, Indonesia amazingly sustains its economic growth well above the average of 6%.

Within the region, the size of the Indonesian economy in term of gross domestic product (GDP) reached 42% that of Asean countries. Coupled with the growing Indonesian middle economic class with the annual income up to US$ 4,000 reaching over 50 million people, the purchasing power of Indonesian people are significantly increasing. 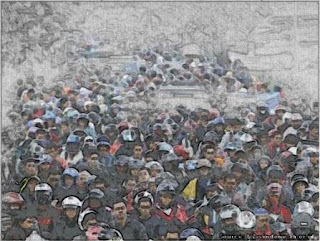 What are the driving forces that make Indonesian economic so resilience? There should be, for sure, something fundamentals which are overlooked by most people including the policy-makers i.e. the mobility and intense communication among the people that make them fluid and dynamic.

Along with the advance of the technology which is appropriate for the big and vast country like Indonesia such as more efficient and cheap motorcycles, effective and affordable mobile phones and low-cost wide-body carriers that are capable to massively transport people across the archipelago boost the national economic growth without due expense to the government budget.

The statistical data show that in 2011, there were around 68,8 million motorcycles and 9,5 million cars distributed all over Indonesia, aside from 2,3 million buses and 4,9 million trucks. Considering the Indonesian population is around 238 million then there are about 3.5 motorcycles per capita on top of passenger cars and buses. This means that every family in Indonesia possesses one motorcycle. If the trend of increasing motorcycle use continues, the short-distance public transportation will soon cease to exist.

The traffic jams caused by motorcycles in the big cities which most people are blaming to are not the portrait of the traffic condition within the whole country. In rural areas, this kind mode of transportation is still scarce restricted by peasants' low purchasing power. The traffic problem in the metropolitan cities cannot and shall not be used as a barometer to restrict the use of motorcycles within the country. 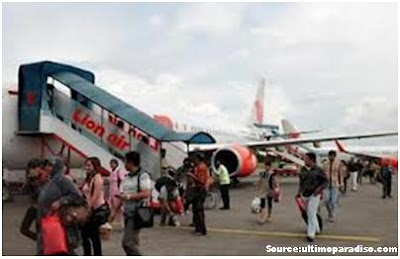 The positive upshot of people mobility is speeding up by the tremendous increase of mobile phones ownership among the people throughout the archipelago which recently reach around 250 million. This means that every person in Indonesia, babies included, possesses one mobile phone. Indonesia ranks as the biggest four after China, India, and the USA. However, in term of the number of mobile phones per capita, Indonesia slightly leaves China, India, and the USA behind.

In term of money circulation which drives the economic dynamics of the country, the figure is very significant. Indonesian people are very talkative spending on average around Rp 50,000 per capita per month for pulses or around Rp 150 trillion annually, equivalent to one-tenth of the national budget. 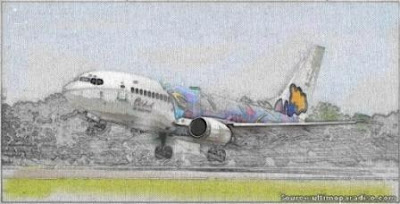 However, there should be an extra effort to overcome the infrastructure shortfall. The tremendous increase of the passengers is not matched by the improvement of the runways in many airports outside Java to accommodate wide-body carriers such as Boeing 737. Even Soekarno-Hatta airport which was designed for facilitating 22 million passengers annually now are overloaded by around 52 million passengers.

Low-cost carriers help accelerate the economic growth as people mobility across the archipelago is enhanced, breaking through the distant barrier that hinders the inter-trading across the country. One of the good solutions to break the frontier areas isolation is the use of the amphibious airplanes which are capable to land on the beach and lakes which may also attract the foreign as well as domestic tourists to visit the beautiful but isolated watery spots and isles. 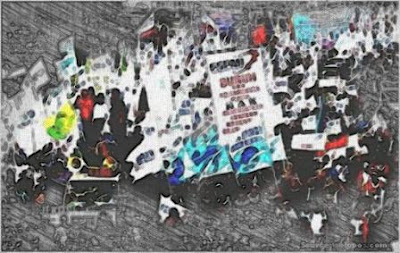 Notwithstanding, there is a negative factor that may hinder the country's economic growth in the long term. People are not aware that the extremely asymmetric economic gains distribution where the minority of around 5% of the total population holds 80% of the economic wealth is the consequence of the government policy that keeps holding cheap labor wage (and also low paid civil servants) used as the national competitive advantage.

This long-standing fallacy makes the wage of Indonesia labor gradually become lower and lower compared to that of the neighboring countries such as Malaysia, which was in par around the 1960s. The high gap of labor wage culminates in the “exodus” of many Indonesian males and female work-forces abroad surrendering their fates on the mercy of their foreign masters.

To overcome this irregularity, the government, as well as all the stakeholders, should have shifted their mindset. The danger to keep this erroneous policy is that the social tension (not mingle with political upheaval) will grow up marked by intensive strikes led by various labor unions. The government should heavily scrutinize the financial report of the "big" established company which claims that they cannot afford to pay the minimum wage.

The human resources quality improvement, the motto which is repeatedly uttered, is just lip service if not genuinely supported by their welfare improvement.
Posted by r.sudibjo at 3:32 AM