We live in a lonely green planet as part of solar system  looked insignificant in the midst of Milky Way which itself looked as insignificant shining spot among the very vast super-cluster galaxies. Why we live in such a “remote” little planet? Do we live in a special place within the grand cosmos? This old question is unanswered until today.

This is the astronomical science is for. To observe the vast heaven above us, we need  technology. Without modern telescopes and other observatory equipments and most of all without astronomers, no way we can answer such human curiosity. 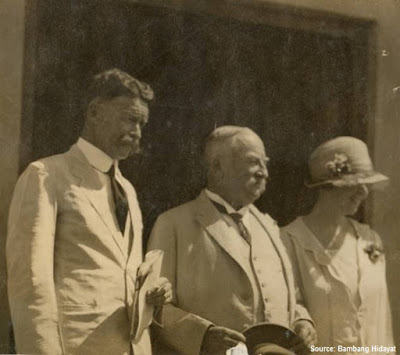 Karel Albert Rudolf Bosscha, the owner of Malabar tea plantation in West Java, and an astronomer Joan George Erardus Gjisbertus Voute, two persons with significantly different occupations, cooperated in building the observatory. Having realized that no development of observation in southern hemisphere, Voute took the initiative to establish an observatory in South Africa but having no support from the local government, he then moved to Dutch East-Indies.

His old friend Bosscha, although a simple agribusiness man, agreed to support the idea and was able to collect one million guilders from his pocket money in early 1920s to buy the optical lenses and supporting equipments in Europe under the supervision of Leiden Observatory. He successfully convinced Ursone brothers, his fellow cattle breeders, living in Lembang to donate their 6 hectares land in surrounding areas at 1310 meters above the sea level on which the observatory, then coined as Bosscha Observatory, was constructed.

The observatory was operated by Nederlandsch-Indische Sterrenkundige Vereeniging (NISV) who issued its first publication in 1933. In 1951 NISV handed over the whole ownership and operation of the observatory to Indonesian Government. The government gave rights to Bandung Institute of Technology (ITB) to operate it in 1959.

The observatory was completed with 5 telescopes, each of which has its own functions. In general, currently the telescopes are intended to observe the orbits of double stars, of Milky Way including novas and supernovas, of star spectrums, to make photometry of star eclipse and to examine the new moon for the fasting month. There is also a radio telescope with the diameter of 2.3 meters operating at the frequencies of 1400 to 1440 MHz to examine distant galaxies and quasars.

In the early 1960s, UNESCO donated Schmidt telescope to observe the Milky Way. In 1989, the Japanese Government donated Cassegrain Goto telescope to measure the strength of stellar light. The donation was given through Overseas Development Agency (ODA) Program. Unfortunately, people now construct too many houses surrounding the area where it becomes the public settlement. As the consequence the place becomes too bright at night against the astronomers need for minimum light to optimize the observation. 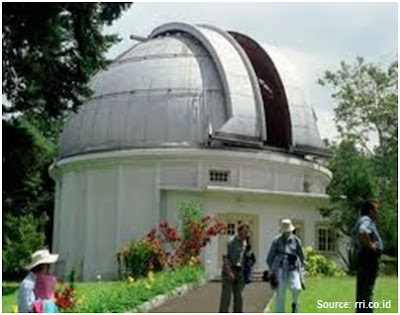 In 2008 the government stipulated it as one of the vital objects, and under the law No 2/1992 it became the cultural heritage that must be protected and conserved. The observatory got international awards in the early 2010s, when four of its previous directors – Bambang Hidayat, Moedji Raharto, Dhani Herdiwijaya and Taufiq Hidayat – were coined as the names of asteroids by the Association of International Astronomy.

The Bosscha Observatory – once was an important center of scientific research – ideally should regain its position as the leading observatory from the southern hemisphere. We all are responsible to find out solution on how to empower, re-strengthen and renew it to catch up with current developments. One of the most important factors to elevate the status of the observatory is to increase the government attention especially Indonesian Science Body (LIPI) towards  the welfare of the astronomers and the one and only astronomy education in ITB.

As the observatory has only slightly been upgraded, the role of Bosscha observatory becomes insignificant. This situation is aggravated as other southern hemisphere nations such as Australia and South America built ultra-modern telescopes. 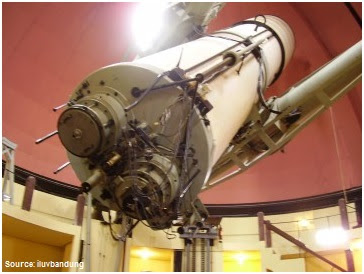 As a grand nation with big population such as Indonesia, we need a thoroughly upgrade Bosscha observatory and the construction of a new modern one. It should be built at a site far from the populated city, quite high above the sea level. Such a location can be easily selected somewhere in the Archipelago but unfortunately the government puts the funding of such requirement into low priorities if not none.

The hope now lies on the loan of grant from the international scientific society or from the helping-hands of Indonesian tycoons, as the case of Bosscha who are willing to donate necessary fund, for which their names can be coined to the new observatory. But so far we have never heard about local tycoons who donated something for the progress of the science let alone the development of the observatory.

Who among you, especially the Indonesia tycoons who are interested on science and want to follow the good deed of Karel Albert Rudolf Bosscha around hundred years ago.
Posted by r.sudibjo at 2:32 AM