The Mystery of Prehistoric Megaliths

Far remote in the dawn of human history, there was a period when people used to erect huge stone monuments, which today is called the megalithic era. The monuments were intended either to commemorate the dead, to praise the Creator of the universe or to call for the local gods in providing their blessings.

Megaliths are specifically defined as monolith erected monuments which include menhir and obelisk. The term of megaliths, in general, may include Stonehenge in Great Britain, the obelisk in Egypt, dolmen (offering stony altar) and sarcophagus for the burial of noted persons. 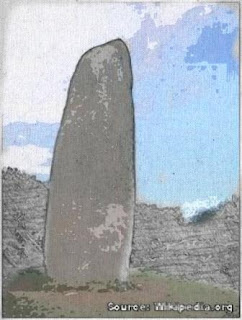 Menhirs can be found in various parts of the world and sometimes it is difficult to explain how and why ancient, prehistoric people managed to construct such a huge stony monument weighing up to 250 tons.


A speculative explanation points out to giants who possibly lived before the Floods more than 30,000 years ago, the only individuals capable to manage such heavy stones. However such reasoning is unjustifiable as there are some which are just 8,000 years old or less.

Indonesia inherits the remains from the megalithic era shown by numerous menhirs found spread out throughout the archipelago. The origin of menhir in Indonesia as in everywhere else is still a mystery. A certain theory asserts that megalithic tradition came from Central Asia following several waves of migration southward to various parts of Indonesia and westward to Europe starting from 2,500 BC up to  800 BC.

The stony monuments found in Tunjungmuli village, Purbalingga regency, Central Java are believed to be used as offering altars. Some menhirs in the form of wrapped dead body were found just recently which is supposed to be used for rituals to expel bad omen. 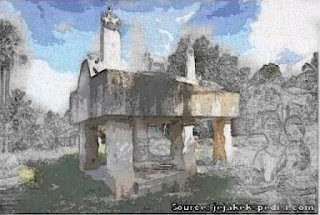 Toraja area, in South Sulawesi, preserves around 100 menhirs, some of which are huge measuring not less than 8 meters height. The ancient Torajanese erected those stony monuments right in front of the noble person’s burial place.

Menhirs in Sumba which stand together with dolmens and sarcophagus,  the noble families’ graves, were erected for the purpose of rituals to preserve the harmonious interaction of the immaterial and material worlds.

Menhirs in Flores had been intended for various purposes such as for declaring wars, opening the forest for agricultural cultivation and for praising local gods. Unfortunately, only a few menhirs are preserved and today treated as anthropological remains.

Menhir has lost its function as a sacred place, and merely becomes an anthropological remain, except in Nias island, offshore of North Sumatra. Until today  Nias people still preserve the megalithic rituals and even erect new menhirs for those purposes.  UNESCO plans to enlist Nias in World Heritage because of its “living megalith culture”. 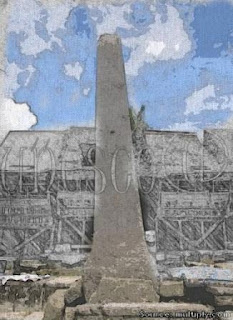 In this island, most menhirs were constructed in the form human bodies complete with their phallus or stand-alone big phallus of 2 to 3 meters height symbolizing the human fertility. Dolmens erected near those menhirs were used for offering altars.


All menhirs were erected in purpose at around 500 meters above the sea level to avoid the possible damage from tsunamis which from time to time swept the Nias coastal area for thousand-year period.

Who were really these megalith people? Was there any relationship between Indonesian prehistoric cave people and megalith people? Were they the same or different people? Why were menhirs erected in different places around the world separated by such long distances such as Europe-Indonesian archipelago-Easter Island far away in the eastern part of Pacific?

Could it be that Nias people are the clue to open the mystery? Too many questions are unanswered and too many happenings still remain mystery.
Posted by r.sudibjo at 1:29 AM