Indonesia Minister of Finance Sri Mulyani Indrawati has terminated the contract with JP Morgan Chase Bank NA effective from January 1, 2017. She questioned about JP Morgan’s credibility and professional-ship on conducting their research on cutting down Indonesian asset position from overweight to become underweight.
This decision was the outcome of the evaluation of the Finance Ministry on the cooperation with all stakeholders which was carried out in accordance with the principles of professionalism, accountability, and responsibility in order to get mutual benefits.
“We have high regards on the products and research as done by any institution having good accuracy, methodology, and evaluation. The bigger the institution the bigger the responsibility is to create confidence. We will continue to carry out internal improvement but we don’t have any problem to correct any cooperation”, said she during the press conference on January 3, 2017.

Sri Mulyani said that a national economy was boosted by fundamental as well as psychological factors. The government was openhearted to make any improvement in the future. But she disclosed satirically related to JP Morgan’s research conducted on November 12, 2016, which cut down Indonesian asset position from overweight to underweight without credible evaluation. 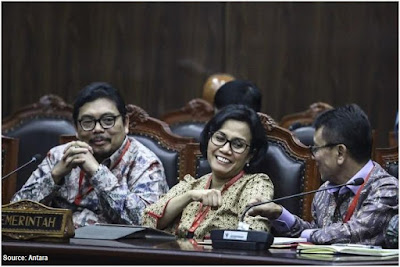 JP Morgan argued that the increase in the yield rate and the bond market turmoil beyond Trump post-election would boost the risk premium in the emerging market countries such as Indonesia triggering the increase in Credit Default Swaps (CDS), thereby potentially drove the flow of funds out of Indonesia. JP Morgan recommended, accordingly, resetting the allocation of investors’ portfolio. Not only that, JP Morgan then cut two levels of Indonesian position from "overweight" to "underweight".

“We are just the losers”, said Schneider, the Director of Strategic and Debt Portfolio, Directorate General of Management, Finance, and Risk, Ministry of Finance. "Besides, they secretly buy government bonds cheaply and then sell them again. Thus, we just become their toys," Schneider stressed.
JP Morgan is not a new player in Indonesia and has been in existence since 1968 by opening a branch office in Jakarta, followed by setting up a representative office10 years later. The company is an agent or a primary dealer (main seller) of Indonesia government bonds and, as such, should look for buyers for Government Securities (SBN). On the contrary, however, they recommend investors for selling SBN that obviously make the investors don’t want to buy SBN.
This 200 years old company is a leading global provider of financial services with assets of $ 2 trillion and operations in more than 60 countries. The company leads the market share in investment banking, personal financial services, small business, and commercial banking, financial transaction processing, asset management, and private equity. 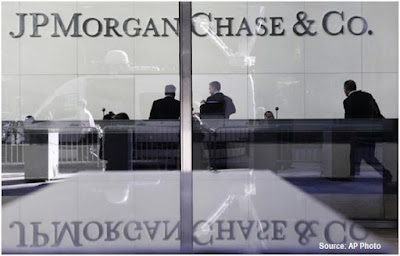 This financial institution has repeatedly looked down upon Indonesia position as it has been making the same “mistakes”, which caused a strong reaction of the Indonesian government for their misleading research. In 2015 JP Morgan made the then Finance Minister Bambang Brodjonegoro furious upon their recommendation for global investors to sell their asset ownership of Indonesia.
“The one having a big name like JP Morgan should have big responsibility to create positive, instead of misleading psychology. We evaluate all stakeholders in order to receive the same message, since we want to cooperate positively and continue to make improvement in any internal policy,” she said adding that the contract termination with JP Morgan spotlighted the signal to all Indonesia stakeholders to maintain partnership under mutual respect.

“This is the signal that the state should be managed properly and seriously. We maintain the Republic professionally though it doesn’t mean that all are done perfectly. Still, we continue to improve ourselves professionally, accountably, openly having mutual respect,” she added.

Indonesia government should, indeed, be prudent to appoint their agent for the main seller of the government bonds. Indonesia is a big country with such a big population and natural resources can’t be played down by one or two financial companies, however big they are, having a hidden agenda either financially or even worse politically.
Posted by r.sudibjo at 2:35 AM 2 comments: