A big controversy arises when the government launches a policy supporting the mass production of low cost green car (LCGC). Such cheap cars are classified as the ones which consume one liter for 28 kilometer-distance, 60 percent local contents and the selling price below Rp 75 million  (the US $6,800).

Just a couple of days after launching, almost 18,000 cheap cars have been sold out where most of the buyers are those who live in Jakarta and nearby cities. Low and middle-class people are eager to buy such cars as they cannot afford to buy a normal car which price beyond their purchasing power and buy motorcycles instead. 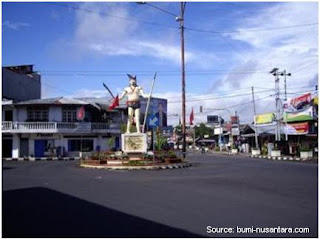 Now having such a low price car available, some of them may convert from riding motorcycles to cheap cars. The haves may also buy the car as a second [or higher] vehicle especially for their kids.

The number of cars in Indonesia compared to its population is among the lowest in the world. The availability of the LCGC will certainly increase the car population in Indonesia. Huge investment up to US$ 3.5 billion is required and it might absorb thousands of workers to fabricate the cars.

Definitely the LCGC mass productions will give a positive impact on the country economy as they improve the quality of the private transportation mode in term of fuel saving, transportation efficiency as compared to bigger and expensive cars, the condition of transportation mode especially for those using motorcycles and, last but not least, the environment. 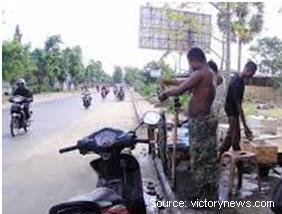 Isn’t that the people car (“mobil rakyat”) that the country is longing for? The car which is not exclusively for the haves but also for middle and lower class? Of course, to become a national people car, it is hoped that at the latest stage the local content  would be close to 100 percent.

At everybody’s surprise, the launching of such LCGC has got various negative reactions. Most of the reasons that the opponents put forward are related to the traffic density. They are afraid that the traffic will be stagnant as the infrastructure would not be able to afford the additional amount of vehicles caused by the LCGC.

Under such a mindset, Jokowi, the popular Jakarta Governor, sent a letter to Vice President calling for the postponement for the sales of LCGC in Jakarta. Even some other prominent public figures have asked for the reduction of such people car mass productions. 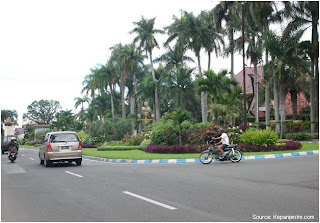 Certainly Jakarta is not Indonesia. In many other cities in the country, one may count the vehicles that run on the road. After twilight, the roads in many small cities are almost deserted. Out of around 60 million families in Indonesia only 10 percent possess passenger cars which means that in our country one car is for 40 people, much lower than the ratio in developed countries which is around 1 : 3.

How come that we should be against the relatively poor people for having a little comfort by possessing LCGC replacing their motorcycles in favor of the relatively rich people enjoying their “luxury” cars? Shouldn't we  have an opposite standpoint by encouraging people to have LCGC and imposing the luxury car (more than 3000 cc) usage limitation, by for example allowing them to circulate only beyond the office time? 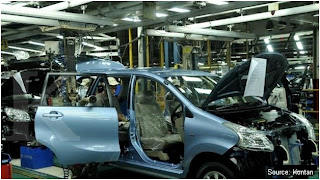 The postponement of the cheap car mass productions will be a blunder as it will cause Indonesia suffer a big loss, as by 2015 any ASEAN countries under AFTA can easily export their cheap cars into their neighboring countries. They have kept eyes to take any opportunities to market their cheap cars here and certainly will establish their sole agents in our country selling their home-made cheap car.

Fortunately, the Minister of Industry holds firm his standpoint and pointing out that the LCGCs are not merely on sales in Greater Jakarta but will be distributed in 500 other cities. Quo vadis the LCGC mass productions? Will it give beneficial for the country or curse?

Folks, it is now you to make up your mind.
Hoping that you have the right opinion.
Posted by r.sudibjo at 3:17 AM No comments: