Indonesia is an archipelagic state consisting of more than 17,000 islands spread out along the equator at 5,000 kilometers long and 1,800 kilometers wide. Many of those are small isles which some traditionally become private properties handed down from generation to generation.

Some private property companies who economically manage those isles have bought them from locals. Matter becomes worse as those companies, with or without the local government cooperation, resell those isles to foreigners.

This might happen as Law No. 27/ 2007 (article 13) allowing local governments to manage the isles under their jurisdiction is easily misinterpreted. Some people or companies deduce it too far as though they might have rights to sell the isles as stipulated in the article.

Even long before the law was stipulated, in some areas several isles had been sold already. As early as the 1960s an isle and small coastal area in Lembata was sold by East Flores regent to a foreigner who converted it into a nice resort. Most locals were happy, albeit the prohibition for them to enter as they might have a chance to be hired as the resort employees. 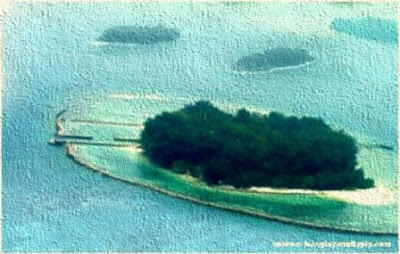 Since 2002, the isle sales become common transactions in Batam, converted proprietorship of Petong, Abang, and Segayang to some foreigners. Some isles in Mentawai, West Sumatra were sold online for around 3 million dollars each. However, the local government hurriedly denied the sales saying that it was only a joint-venture exploiting the isles’ touristic potentials.

On top of the Isles’ sale for resort or private proprietorship, some foreigners bought certain isles including Galang Baru in Riau Province for the use of, whether it was legal or not, dumping dangerous chemical waste. Other sales were Penempan, Pengalap, Tanjungrame, Segayang and Galang and Sebaik isles for sand mining, the products of which were exported for Singapore's coastal reclamation which is now totally put in halt. 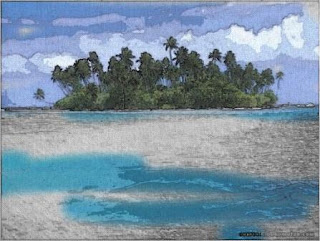 Some foreigners keep eyes on the management of national parks. Komodo National Park, for example, which is under the management and jurisdiction of East Nusa Tenggara government, most of the shares are now at the hand of foreigners. To make things worse, a foreigner had bought and managed exclusively Bidadari Isle inside the Park sea waters and local fishermen who live there for many generations get no more access to the sea waters around the area.

Another trick to get easily the ownership of isles or coastal areas is to marry local people. A certain rich foreigner married a local woman from Anambas isle in Natuna and established an exclusive nice resort under the name of his wife.

As such transactions have created a lot of problems, many locals people raised complaints to the government. Early this year, the Association of Indigenous People of Rempang-Galang Island filed their lawsuit to Constitutional Court against Batam mayor, ex-governor of Riau, and head of Regional Land Affairs Body for selling or renting 180 isles to foreigners.

The Constitutional Court had paid serious attention to the affair and identified the weakness of the law. Following the judicial review, the Court dropped the article 13 of the Law No. 27/2007 which was put into effect on June 16, 2011.

The isles are no longer for sale but tourists are welcome to come in.