The value of money spent by the Indonesian middle class is fantastic. The annual spending in the corresponding year for clothes and shoes, household articles, transportation  and abroad was the US $ 12 billion, US $ 20 billion, the US $ 24 billion and the US $ 6 billion, respectively.

Some of the causal factors which make such significant progress among other the mass use of motorcycles as a relatively cheap mode of transportation, massive use of mobile phones as the means of effective communication, massive people mobility within the country thanks to low-cost air transportation, massive exploitation of coal mining and, last but not least, the extensive expansion of oil palm plantations. 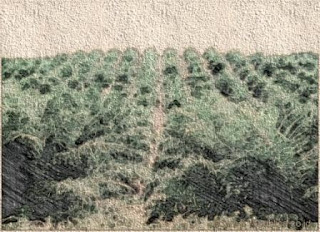 Out of 200 million hectares of the country’s lands, 9.3 million hectares have been converted to oil palm plantations. In 2012 the output of crude palm oil (CPO) was 23.5 million tons, absorbing a direct workforce of around 2.8 million people, which put the country into the world top CPO producer. The CPO export was 16.5 million tons gaining foreign exchange up to US$ 20 billion.

The palm oil industry employs approximately 2.8 million people directly on the plantation, 1.6 million of whom are small planters, involving 3.6 million people as family members of the employees who work in the plantation companies  enjoying benefits and facilities provided by the company they work in. Most of the small plantations held by the farmers yield low productivity, only 2.5 tons of CPO per hectare as compared to 4.8 tons per hectare of that of state-owned company.

Globally Indonesian CPO production is 45% as compared to Malaysia, 42% and both countries absolutely dominate the world CPO production. However, more than half of the Indonesian oil palm plantation is owned by neighboring countries’ companies which give less salary to the local labors compared to those working in their native countries. As such they get more benefits for having access to both fertile land and cheap labors, thus morally obliged to give more welfare to their local workforce. 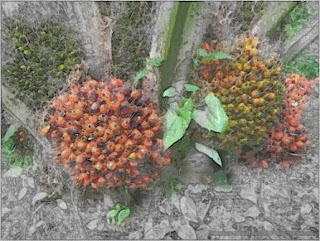 The oil palm plantation can be the pioneer to boost the development in remote areas. The opening of the plantations has led to the construction of roads and bridges to facilitate transportation. More people came to the spots and new schools were constructed.

Expansion of new oil palm plantations on an ongoing basis will be able to absorb continuous labors. Each hectare of mature oil palm plantations takes 0.2 man-days. If half a million hectares of new plantations could be annually developed nationwide, the annual minimum amount of labor that can be absorbed is 100,000 or 40 percent of the new workforce entering the labor market.

However, a lot of NGOs do not agree with this, saying that the opening of a new plantation is frequently followed by a hostile takeover of local people’s land. They argue in addition, that an oil palm absorbs water at the amount of 20 liters per day, reducing the earth water supply. An oil palm can absorb only one part of carbon mono-oxide but releases 7 parts bigger than that, causing the greenhouse effect even worse. Exaggerated worrisome?  Yes, we may suspect that the underlying of such black campaign against CPO is, in fact, the desperate competition between the vegetable oil they produce and CPO which may be produced abundantly in tropical lands. 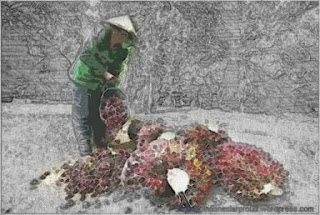 Even some big foreign food and toiletries companies boycott Indonesian CPO accusing the Indonesian businessmen for having violated the cultivation principles in accordance with Roundtable on Sustainable Palm Oil (RSPO). Many European buyers, absorbing 9% of Indonesian palm oil export, still, need RSPO certificate which put Indonesian farmers into trouble as they have to spend extra fund for such administrative fulfillment.

Another issue that concerns Indonesia as the big CPO producer is that the CPO price is stipulated in Rotterdam, Netherlands, albeit the small European market share. There is an idea to establish Indonesian Sustainable Palm Oil (ISPO) as an alternative to RSPO, which may be compared to OPEC Crude price as against posted price in the case of the crude oil market in the 1970s.

To protect the local and indigenous people, whose lives are depending on the forest products, from a hostile takeover by companies granted the plantation area, the government prepares a bill to exclude the customary land from state land classification. The government should encourage big companies to closely cooperate with small partners in a mutual benefit scheme.
Posted by r.sudibjo at 1:35 AM