Should the State Apologize to ex-PKI Members?


A lapse of 50 year-time has passed since the Communist Party (PKI) was banned and most people who experienced the September 30 Movement (G30S) are getting old and most of them died. The ban remains and nobody, includes the young generation, wishes for lifting it. However, a number of people who group themselves in the so-called human rights NGO (Komnas HAM) claim the government to recognize the victims of mass murder against PKI members.

The G30S movement was preceded by hatred and intimidation spread out by PKI towards their rivals no matter they were the army, nationalist or religious people. This was PKI fatal strategy. PKI was very self-confident as they believed that Soekarno would always protect them. Indeed, Soekarno played the game by balancing the power between the army and PKI rivalry. Furthermore, Soekarno considered PKI as one of the important Nasakom pillars that should be preserved their existence. That was why most people refrained themselves from openly counterattack against PKI terror. 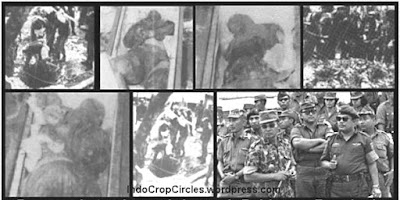 However, a couple of days after the G30S aborted movement, the finding of kidnapped general corpses that were cruelly mutilated and buried within a dried pit which was widely broadcasted through TV-media hurt deeply the people's conscience and considered it as an evil deed. … and all of sudden the hell broke loose.

The people’s anger was so intense, as they still remembered the cruelty of PKI coup d’état in Madiun15 years earlier launched in the middle of people struggle against the Dutch assault. It was a coward movement stabbing from behind the young Republic that was just born. Thousands of people were cowardly slaughtered mostly officials, nationalists, and religious ones.

And here again, PKI wanted to repeat the history with their bloody hand. Apart from killing the generals they sporadically killed people mainly NU clerics in Central and East Java prior to the coup d’état. No authority commanded people to fight against PKI after the abortive movement but nobody wanted to wait until they fall victims.  The mass vengeance was unstoppable. Hundreds of thousands of PKI and its associate members tragically lost their lives. 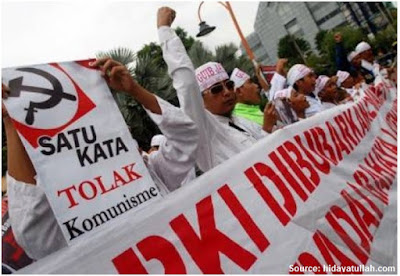 Now after 50 years have gone there come to Komnas HAM claiming the government to apologize to victims associated with PKI. The NGO claim the Government’ tolerance on ex-PKI members’ massacre and therefore should be responsible for it. This was considered by NGO as a grave violation against human rights. Furthermore, they argue that many of the victims were not directly involved in the movement. It was on behalf of these innocent people that NGO wanted their names to be rehabilitated and called for the Government to apologize to and compensate them accordingly.

The claim of the NGO is debatable as to why they are one-sided. The victims are not solely from the PKI side, but also from the other side. Why Komnas HAM does not take care of the non-PKI victims? This important question seems to go to deaf-ear. They simply respond that they don’t have any data on people who were tortured and murdered by PKI. And no one from ex-PKI wants to admit their wrongdoing and recognize the bloody event not mention to publicly ask the apology. 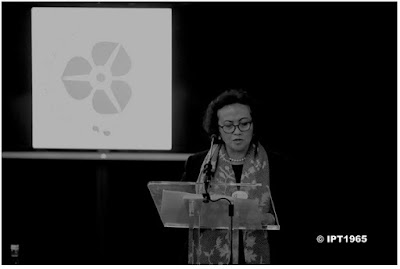 Komnas HAM personnel together with a noted lawyer named Nursyahbani Katjasungkana posted the 1965 Crimes against Humanity in Indonesia before the International People’s Tribunal on The Hague, November 10 – 13, 2015. This was done mainly to attract international intention rather than filing a lawsuit as for any event happening exceeded the limit of 17 year-period doesn't bind the court decision.
The history shows that everywhere in the world, the Russian revolution under Stalin, China under Mao and Cambodia under Pol Pot, for example, did barbaric cleansing towards their main enemies in term of what they called the bourgeois and capitalist class. For them, the notion of rule by the people became confused with rule by the proletariat or, rather, rule by the vanguard party of the proletariat.
Indonesian people are not blind to these historical inhuman experiences. It is a matter of life and death. It is a matter of national survival. They and hopefully their grand-children wish not to experience the same suffering. And the NGO under the just simply ignores this people collective standpoint. Most of the Indonesian people don’t have any empathy and even cynical towards what the NGOs are doing. Under what criteria do they raise the human right issue? What the cut of date of the human right violation that they use? Do they intend to raise the human right violation by Dutch and Japanese colonization? In people eyes, the NGOs just do according to their masters’ voice i.e. the underlying actors who finance them.
Posted by r.sudibjo at 2:35 AM