Could Beijing Prove Their Historical Exclusive Exercise Control Over SCS?

The long-awaited international tribunal verdict declaring that Chinese Nine-Dash Line had no legal basis came with no surprise. The July 12, 2016 verdict was just a simple ‘translation’ of what was written in UNCLOS 1982. What was new was its declaration on the fact that there was no evidence that China had historically exercised exclusive control over SCS.

It was no surprise either that China rejected the whole verdict and declared it as null and void. They claimed that the Nine-Dash Line was nothing to do with maritime delimitation but the territorial sovereignty issue. The court has, therefore, no authority to put a hand on SCS dispute. They considered that the issue should be resolved among the conflicting nations and thus will handle it and do business as usual. 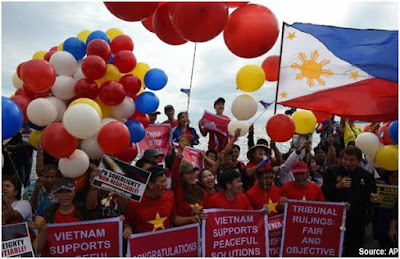 Already United States, Japan, and Australia openly demanded China to observe the Tribunal Verdict and European Union (EU) plan to do the same soon. However, no indication that ASEAN having direct interest on the SCS will follow suit, which is very gloomy, and not even a single word of sympathy uttered towards their dear college Philippine who won the case. Furiously China warned any country who criticized Chinese challenging attitude for not turning the SCS into a war arena.

Just a few days after the verdict, China announced they were planning to close off a part of the South China Sea for military exercises for a couple days. Obviously, China can do what they want to. But instead of showing forces at least China should clarify to the international community who waited for China to challenge the Tribunal Verdict that they have indeed very strong evidence on historical exercise exclusive control over SCS such as the details proves on when, where, what and which armada that had ruled the SCS waves. 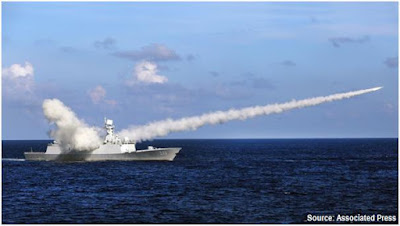 The history, however, recorded only three important Chinese maritime military expeditions. The first and second expeditions were to the North towards Japan which both failed because of naval disaster as the whole armadas were wiped out by ‘kamikaze’ typhoon (1274 and 1281 AD). The third expedition was to the South purposely to invade Java in 1292 AD. The expedition was doomed to failure as the Javanese exercised their tactical trick of burning nearly the whole armadas behind the Chinese Army who had landed and trapped at the middle of unfamiliar rain forest which then became the capital of Majapahit, one of the biggest Indonesia ancient empires.

As far as Natuna EEZ concern, the Tribunal Verdict doesn't have much effect on Indonesia determination to exercise its control over Natuna EEZ. Obviously it strengthens Indonesia EEZ status, however, with or without the verdict, Indonesia position is already firmed that there never exists a maritime overlapping with China in Natuna EEZ. And if they think otherwise, it is not Indonesian concerned at all. 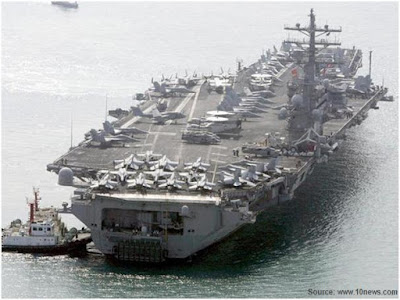 For Indonesia having a good relationship with China is strategically important both economically and politically. However, none of Indonesia people ever thinks that even a bit of Indonesian territorial, as well as its EEZ, is for sale. Indonesia is a peaceful country and doesn’t have any appetite to expand its territory and consider its neighboring countries to have the same attitude. Notwithstanding, Indonesia should now be more prudent towards certain campaigns such as the mystification of a certain legendary foreign maritime figures, the proposal to jointly building the 21th-century maritime silk road, the increasing number of illegal foreign work-forces in various big projects. Last but not least, the sudden movement towards the revival of Indonesian Communist Party (PKI) whatever weak it is, such as the circulation of their logo and banners, the demand for state apology towards PKI, etc.
Posted by r.sudibjo at 9:31 PM