Frontier Islands, the Frontlines or Backyards?

Indonesian people should be very fortunate as their country endowed with thousands of islands spread throughout the band area along the equator of 5600 kilometers long and 2000 kilometers wide. The Indonesian people call this archipelago, which consists of no less than 17,500 islands, equatorial emeralds as they all look so green spread out throughout the blue sea water which covers two-thirds of the country areas.

Among those islands, a total of 92 are located at the outermost peripheral, 12 of which are used as the base points to draw the boundaries with the neighboring countries. A total of 183 base points are required to draw territorial, Exclusive Economic Zone (EEZ) and Continental Shelf boundaries.

All of those sea boundaries are drawn up based on the archipelagic state principles following the United Nations Convention on the Law of the Sea (UNCLOS)  1982 which was nationally ratified by the Law of the Sea No. 17 of 1985. Some of the boundary disputes with the neighboring countries have been settled and some are still an on-going process. There are boundaries which have been settled toughly lasting for years where there are mineral or other natural resources in the surrounding areas.

As mandated by the UNCLOS 1982, Indonesia is now registering around 5,000 islands at United Nations of which around 3000 islands are enlisted while the rest are still in the line. By August 2011, Indonesia will send an interdepartmental team to the UN Working Group of Expert on Geographical Names in order to finalize the matter.

Indonesian people, the government included, have a negative tendency to consider their country boundaries as the backyards instead of the front lines. Among those 92 frontier islands, 31 have permanent residents, 13 have seasonal residents and 48 are unpopulated, mostly lack of transportation and communication and highly underdeveloped. To cope with all of those problems, the government shows its political will to change the bad attitude by issuing the Presidential Regulation No. 78/2005 with the stress on the coordination of related ministries responsible for solving the issues.

What did and what will the government do to follow up the Presidential Regulation? One significant thing that has been done was the plantation of 1,000 mangrove seedlings and the reclamation of the shorelines of Nipah island in front of Singapore by military personnel to preserve the country boundary median line with Singapore set up in 1973.

Other programs are in the risk of being slow-down either because of they are not down-to-earth or difficult to coordinate as the ministries involved are so numerous.  The underline is that the outermost islands should be used as the basis of the economic and defense synergy, some of which are good for military quarters and field training. 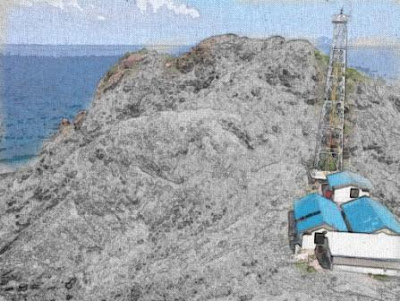 As most of the islands are remote, the difficulty of the energy supply from the outside especially for electricity generation,  communication and transportation is the most crucial problem to settle. Albeit their lower efficiency and relatively high cost, windmills and solar panel are appropriate to be used in hybrid with the diesel engine.  If possible the fuel is locally produced from the jatropha plantation as it is recently implemented by one of the mining companies in Kalimantan, or other bio-fuels if more appropriate.

One doesn't need to use cars and build conventional roads in such small islands.  Using motorcycles and building narrow roads suitable for the passage of such motorcycles is more appropriate. To reach the far away distant islands, amphibian airplanes (beach-crafts) are required on top of conventional boats. Last but not least,  the government shouldn't do business as usual and pay more attention to the welfare and morale of the civil servants and military personnel who are posted thereby giving them a reasonable and more appropriate incentive.

We must give appreciation to the initiative and self-supporting expedition done by the Association of Forest Explorer and Mountaineers (Wanadri) and the Nusantara Cultural House who visit and explore all of those frontier islands by means of traditional boats such as Pinisi (Bugis boat) and fishing boats.  Other youngster groups and associations are encouraged to do similar expeditions to get better acquaintance of their homeland.

Just to give the sense of remoteness of those far-away islands, here is some brief information on  those 12 islands where the base points are located:
Posted by r.sudibjo at 1:43 AM